Dua Istikhara in English | How do You Perform Istikharah Step by Step?

Dua for Istikharah is the most important Islamic prayer, it is used to find solutions to problems. Istikhara prayer can be done at any time, but before making an important decision.

Making Dua Istikhara does not guarantee that your problem will be solved or that you will receive what you are asking for, but this is a way to show Allah that you are sincerely seeking His help.

There are many myths about the Dua Istikhara prayer, one of them being that it can only be done if one has a problem in their life.

This is not true as people make this dua before they make an important decision in order to know if their decision is the right one or not.


O Allah, I seek the counsel of Your Knowledge, and I seek the help of Your Omnipotence, and I beseech You for Your Magnificent Grace. Surely, You are Capable and I am not. You know and I know not, and You are the Knower of the unseen.

O Allah, if You know that this matter [then mention the thing to be decided] is good for me in my religion and in my life and for my welfare in the life to come, - [or say: in this life and the afterlife] - then ordain it for me and make it easy for me, then bless me in it.

And if You know that this matter is bad for me in my religion and in my life and for my welfare in the life to come, - [or say: in this life and the afterlife] - then distance it from me, and distance me from it, and ordain for me what is good wherever it may be, and help me to be content with it.


Your guide to performing Salat Istikhara followed by Istikhara dua to ask Allah's (SWT) guidance in making decisions for marriage, new job, travel, and other major events in life.

Before embarking upon a journey, deciding on marriage, accepting a new job offer or any other major decision it is preferable to perform this Islamic dua Istikharah (which literally means to seek goodness).

Rasulullah (Sallallaahu Alaihi Wa Sallam) has mentioned with regards to Istikharah: "The person who does Istikharah will never suffer loss".

This dua, which can be used as a marriage dua to seek guidance,

How Does A Dua Istikhara Prayer Work?


A dua is a prayer of supplication. The word "dua" means supplication or invocation. It is an act of turning to Allah with one's heart, mind, will, and soul for relief from anxiety and distress.

A dua Istikhara prayer is an Islamic practice that Muslims do four times on different occasions. It comes from the Arabic sentence “Istikharah” which means “to seek divine guidance”

The first occasion for the dua Istikhara prayer is on the eve before one embarks on a task or journey, so as to know if it should be undertaken or not.

The second occasion is when an individual wants to start something new in their life, such as getting married or starting a business venture

What Are The Benefits Of A Dua Istikhara Prayer?
A Dua Istikhara prayer is a time-limited prayer. It has to be done in the early morning (usually before sunrise) or in the evening (before Maghrib).

Dua Istikhara prayers are beneficial for people who are seeking answers to their problems. It helps them get rid of doubts and fears that might be preventing them from taking positive steps or making decisions about an issue that they are dealing with.


How To Perform Istikharah?

After finishing prayer recite this Dua in Arabic as above.

Conditions Of The Prayer


One must take ablution ahead of the Salat al-Istikharah, in the same manner as one would do when entering into any salah.

Ibn Hajr said, commenting on this hadith: "Istikharah is a word which means asking Allah to help one make a choice, meaning choosing the best of two things where one needs to choose one of them."

With the salah completed one should immediately say the supplication of Istikhaara.

Istikhaara is done when a decision is to be made in matters which are neither obligatory nor prohibited. So one does not need to seek counsel from Allah for deciding whether he should go for hajj or not. Because if he is financially and physically able to do it then hajj is obligatory and he does not have a choice.

But seeking counsel from Allah (Istikhaara) can be done in all kind of other permissible matters where a choice needs to be made such as buying something, taking a job or choosing a spouse etc.

It is recorded in hadith that Muhammad used to teach his disciples to seek counsel from Allah (Istikhaara) for every matter just as he used to teach them the Sürah from the Qur'an.[2] In another Hadith Muhammad said:

"He who seeks counsel from Allah (Istikhaara) will not fail and he who consults and seeks advice from people will not regret".

How do You Perform Istikharah Step by Step?


Salat-al-Istikhara is a prayer of guidance recited during times of indecision. After you’ve cleansed and performed Wudu, you’ll open your prayer, recite two rak’ah, then offer your Istikhara supplication.

Once you’ve prayed, rather than waiting for a symbolic vision, you’ll reflect within to find answers and seek advice from those you find wise and knowledgeable.

Read on for a step-by-step guide on performing the Istikharah dua to seek guidance from Allah. 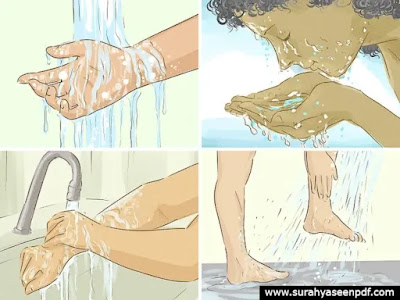 Before starting prayer, you should perform Wudu to ensure you’re clean. Center your thoughts, then wash and rinse these areas three times: your hands, mouth, face, nose, and lower forearms.

Wash your head and ears once, then wash your feet three times (starting with the right foot).

In some cases, you may need to perform Ghusl instead, such as when semen is emitted, or after intercourse.

2. Prepare your space for prayer. 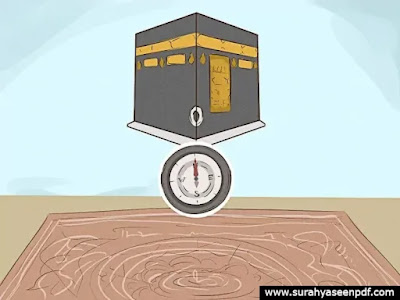 Make sure your space is clean enough to be suitable for prayer. Place a mat onto the floor to ensure cleanliness. Position the mat so it (and you) face the Qibla, or Mecca. 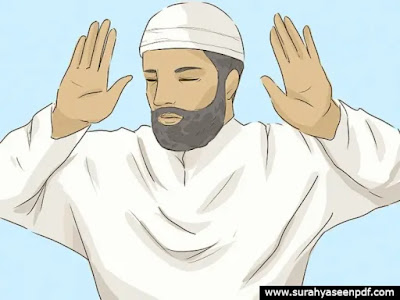 Start by centering yourself on your intention. Raise your hands to your ears while standing and say, "Allah Akbar," which translates to "Allah is the Greatest," to open your prayers.

The Isteftah Dua is: "Subhana Kal-lah hum-ma wabi hamdika wata-baara kasmuka wata'ala jad-duka wala ilaha ghyruk." This translates to, "Glory be to you, O Allah, and all praises are due unto you, and blessed is your name and high is your majesty and none is worthy of worship but you."

The transliteration of the Ta’awwuz is, "A'udhu bil-lahi minash Shayta-nir-rajeem," which translates in English to, "I seek Allah's protection from Satan who is accursed."

You only need to recite Ta’awwuz once.

The transliteration of the Tasmiah is, "Bismillah hir-Rahma nir-Raheem," which translates to, "In the name of Allah, the most Kind and the most Merciful."

You should recite Tasmiah before each Surah, or chapter of the Quran, that you recite. 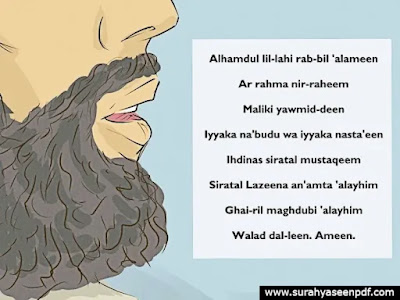 Remember to start each Surah by saying, "Bismillah hir-Rahma nir-Raheem."

The Surah Fatiha is recited in each rak’ah.

In English, this translates to:

Praise is only for Allah, Lord of the Universe.
The most Kind, the most Merciful.
The master of the Day of Judgement.
You alone we worship and to you alone we pray for help.
Show us the straight way,
The way of those whom you have blessed.
Who have not deserved your anger,
Nor gone astray. 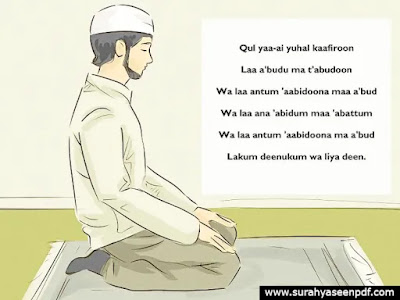 After the Surah Fatiha, continue your two rak’ah recitations with the Surah al-Kafirun, or chapter 109 of the Quran.

Be sure to start each Surah by saying, "Bismillah hir-Rahma nir-Raheem."

The transliteration of the Surah al-Kafirun is:

This translates to say :

6. Recite the Surah Fatiha again then the Surah al-Ikhlas. 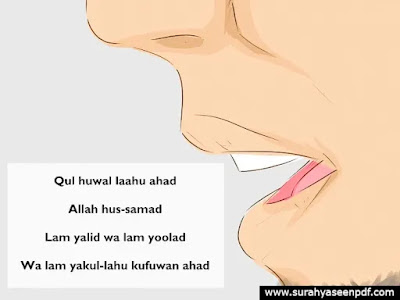 Say the Surah Fatiha once again, then recite the Surah al-Ikhlas.

The transliteration of Surah al-Ikhlas is:

The English translation is:

Say: He is Allah, the One and Only;
Allah, the Eternal, Absolute;
He begetteth not, nor is He begotten;
And there is none like unto Him. 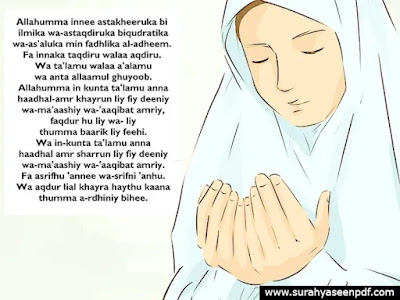 After offering two rak’ah, you are ready to recite the Istikhara supplication.

The Salat-al-Istikhara transliteration is:

The English translation is:

O Allah! Behold I ask You the good through Your Knowledge, and ability through Your Power, and beg (Your favour) out of Your infinite Bounty. For surely You have Power; I have none. You know all; I know not. You are the Great Knower of all things.

Where "haadhal amr" (this matter) appears, mention the affair for which you seek guidance.

8. Repeat the prayer as many times and for as many days as you desire. 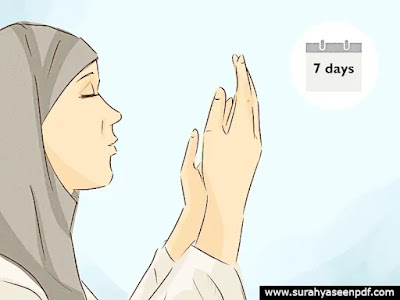 You may choose to repeat the Istikhara supplication or continue reciting as many rak’ah as you desire.

Continue to incorporate Istikhara into your daily prayers until you have found resolution. Try performing it for seven days, but stop if you feel you have been given an answer between that time.

a. Pray the Istikhara when you need to make a decision. 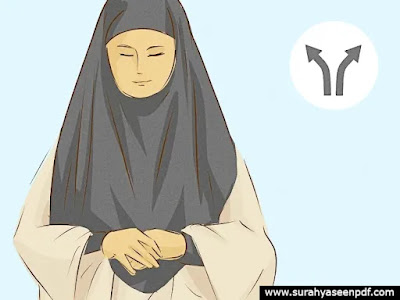 Performing Istikhara is appropriate whenever you have to make a non-obligatory decision. It’s a powerful prayer of guidance for whenever you are unsure about a decision.

Examples could include:
Choosing a university or graduate school.
Deciding whether to take a job offer.
Choosing a spouse.

b. Perform Istikhara after Salat al-Fajr or Salat al-Lail. 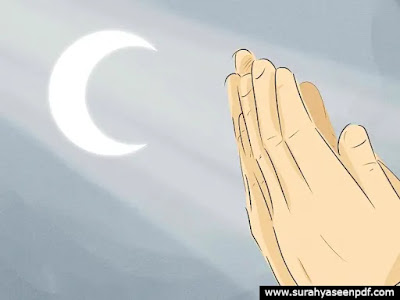 It’s always best to recite two rak’ah before asking for guidance. It’s advised to incorporate Istikhara into your morning prayer (Salat al-Fajr) or after Salat al-Lail.

Salat al-Lail is a voluntary late night prayer. It does not have a mandated number of rak’ah, but if it you perform it, it must be after the obligatory Isha, or night prayer.

c. Seek advice from knowledgeable people when praying for guidance. 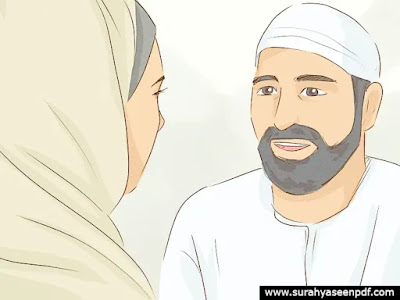 When you recite Salat-al-Istikhara, you should also seek advice from those you believe are wise and knowledgeable. Avoid thinking that your answers will simply come to you in dreams or visions.

For example, suppose you are deciding whether to take a new job. You should consult a knowledgeable elder, like a relative or mentor.

Ask them, "Will you help me understand how this new job might affect my life and my faith? Do you think this is a good decision?"

Istikharah Dua Having the Right Mindset 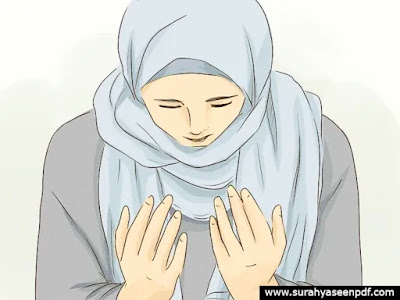 When you center yourself on an intention in prayer, you should say truthfully in your heart and mind that you are asking for guidance and need help.

Further, you should be open to receiving it and taking action. To be sincere, you should be willing to get an answer and follow through even if it’s not the one you want to hear.

2. Say the prayer with firm convictions instead of begging. 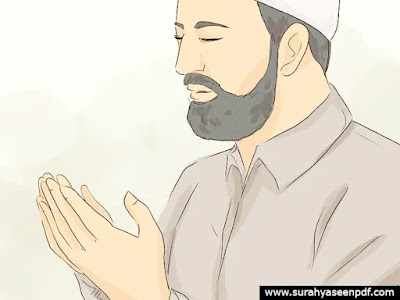 Your intention should only be to clearly ask for guidance with firm convictions.

Avoid begging or pleading. If you beg or plead, you’re not really asking for guidance, but asking for something you desire to come true.

3. Don’t be impatient after saying the prayer. 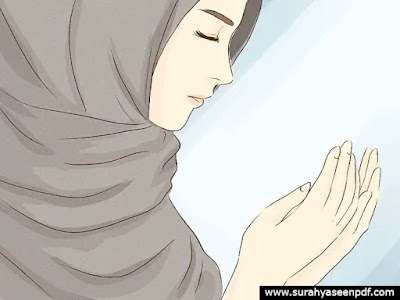 You shouldn’t put Allah on a timetable. Be patient, and avoid showing haste or desperation.